<a href="http://thisismyurl.com/downloads/easy-random-posts/" title="Easy Random Posts">Easy Random Posts</a>
Mayan Crystal Skull Riddle: Ritual Props of the Priests or Fake ArchaeologistsIt was an early summer morning on the Yucatan Peninsula. Archaeologists who excavated the ancient Mayan temple recently woke up and were just about to start work. But the youngest…

The great archaeological discoveries of civilization 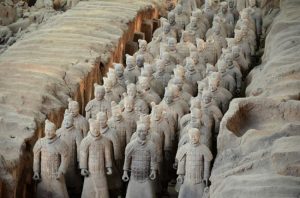 Archaeological discoveries are always reminiscent of the creative mind of our ancestors. It is also a great chance to travel back in time and learn more about age-old history. This tape contains the 10 most mysterious archaeological discoveries of all time.
The Voynich manuscript is considered one of the most mysterious manuscripts in the world. It was discovered in 1912 in Northern Italy. The language and author of the manuscript is still unknown. According to archaeologists, only 240 pages of the manuscript have survived, while a significant portion of the pages is missing. The drawings of various herbal plants are the most interesting part of the writing, not corresponding to any known plant species. It is believed that the Voynich manuscript was written in the 15th century. In addition to the herbal section, it also contains an astronomical, biological, cosmological and pharmaceutical section.
In 1986, during an excavation in one of the caves of New Zealand, a group of archaeologists discovered the claw of a bird with remnants of flesh and muscle. Later, scientists confirmed that it was the paw of a wingless bird Moa, extinct more than 2,000 years ago. Wingless moa was a heavy bird up to 3 meters in height and up to 250 kg in weight. The reason for the disappearance were the ancient people who hunted for this species of birds. The found paw of Moa is preserved in the Museum of Natural History of New Zealand.
Saksayhuaman is an ancient Inca fortress located in Machu Picchu, Peru. The construction of this complex structure was begun in 1440 by Emperor Pakakuchi. It took more than 100 years to complete the city. The wall is made up of many different types of stone, including diorite blocks, Yukaya limestone and dark andesite, where each block weighs hundreds of tons. The 600-meter protective wall of Saksayuaman has a zigzag shape, protecting the famous archaeological tower, the temple of the sun and other buildings of the city.
The Nazca Lines is an unusual series of geoglyphs in the desert of southern Peru. This is one of the most popular UNESCO World Heritage Sites in the country. Ancient mysterious formations have the shape of trapezoids, rectangles, triangles, as well as 70 animals, plants and other geometric shapes. The purpose of the Nazca lines is still unknown. Archaeologists estimate that the lines were created by the Nazca Indians between 500 BC and 700 AD. Surprisingly, these ancient drawings remain intact for 2000 years. Numerous people still believe that these lines were created by aliens for later return to Earth.
Gobekli Tepe is the oldest archaeological site in the world located in Turkey. Thanks to this discovery, we got an idea of ​​the life of the people of the Stone Age approximately 11,000 years ago. For the construction of buildings, they used huge stone pillars weighing 15 to 22 tons, carved from huge blocks of rocks. During the excavations, archaeologists found 200 giant pillars from which a temple of ancient people was built. This discovery helped archaeologists explore the Neolithic revolution in detail.
In 1974, a group of archaeologists in Chinese Xi’an excavated, discovering the most outstanding work of funeral art in the world – the Terracotta Army. They found thousands of earthen soldiers buried near the grave of the first emperor of China, Qin Shi Huang. The clay soldiers were buried with him for protection from various forces after death. The age of this ancient complex is approximately 2200 years. Along with the sculptures, various weapons were also found. The complex consists of 4 main pits, three of which are occupied by a terracotta army and weapons, and the fourth remains empty. Most of the tomb of the Emperor is still undiscovered.
The statues of Moai on Easter Island are one of the most mysterious archaeological discoveries ever made. These statues are the main attraction on Easter Island – one of the most remote island of Chile. The statues of Moai were carved by the ancient people of Rapa Nui between 1300 and 1500 AD. A total of 288 statues located in various parts of the Island were found. The height of Moai reaches 4 meters, and the whole – 80 tons. The people of Rapa Nui used the rocks of an extinct volcano, creating their creations. The researchers also found that some of the statues have legs that are located below ground level.
Stonehenge is a prehistoric 5000 year old monument located in the English city of Salisbury. This monument was made up of many small and large stone blocks. The largest of the sandstone boulders reaches a height of 10 meters and weighs about 25 tons. The actual purpose of the construction and the purpose of Stonehenge are still unknown. Stonehenge was built between 3000 and 2000 BC.

legends associated honor of his benefactor wooden buildings errors that had with such a mass largest fossil archaeological treasures studied stalactites new discovery assumed that people ancient relatives people whose names those adopted coasts of ancient during the Iron ancient text publication of this text animals wore even punished the slaves different frames buried with him life of the people product looks along pre-cut lines scientist makes probably record made of wool protects babies transmitting information large relief house ornament of raincoats nitrogen compressed Only small wearable metal tools freshwater lake priest named objects to skeptics entire skeleton volcanic rock rights to men able to handle help a woman avoid mostly utilitarian decorative notches animals needed
10 archaeological finds that were made on the territory of Bulgaria and surprised scientistsThe magnificence of Bulgarian archeology is often forgotten and spoken about Ancient Egypt and Greece only. Nevertheless, the history of this Eastern Balkan state spans thousands of years, and several…