mornadlan.co.il
How in ancient times did the bodies of the deadAs soon as a person dies, his body is usually buried or cremated. But in some ancient societies, the corpses after death in various ways used, or preserved their parts…

History of the calendar 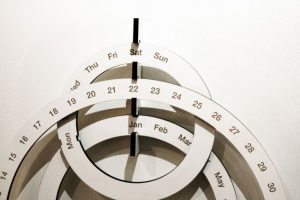 Before the discovery of America and the beginning of its conquest by the Europeans, the territory of present-day Mexico, Guatemala and some other countries were occupied by the Aztec empire, which created a very original calendar. The year consisted of 18 months, 20 days each, and the “remaining” 5 days were considered “unlucky”. This calendar was carved on a huge stone. It had the shape of a circle, with a diameter of about 4 meters. Every day it was marked with its own symbol.
History of the calendar
Creation of a modern standard calendar
Now there are many different calendar systems created by different nations and priests of different religions. Some of them are still limited. Most of the calendars were calculated on the basis of the identified astronomical patterns, first of all, the movement of the celestial bodies. These systems could vary significantly. An additional confusion was introduced by the difference between the cycles of the Moon and the Sun, as well as the fact that the duration of the period of the Earth’s orbit around the Sun (year) is not a multiple of the period of the Earth’s orbit around its own axis (days). As a result, with a sufficiently long use of each specific calendar, the errors, which gradually became more and more noticeable, were necessarily accumulated. This necessitated calendar reforms.
Such reforms were carried out repeatedly. For example, the calendar was reformed by the Roman emperors: Caesar, Octavian (Augustus) and others. The most famous is the reform carried out by Pope Gregory XIII, when the “Gregorian” calendar was created, adopted now as the main one in most countries and the UN.
Gregorian calendar
In our country, this current calendar is also called “new style”. The fact is that until October 1917, the outdated “Julian” calendar continued to operate in Russia. The transition to the “new style” took place only after the coming to power of the RKP (b).
In the Catholic countries, the “Gregorian” calendar came into effect on the 15. 10. 1582. Its introduction was due to the errors that had accumulated since the previous calendar reform (I Ecumenical Council in 325 N. E.). The reform consisted of two main parts:
– The error, which reached 10 days from 325, was eliminated. Thus, the date of “Easter Friday” was returned and strictly tied to the day of the vernal equinox (21.03). The rules of Paschalus, established by the Council of Nicaea, began to be implemented again.
– To prevent the accumulation of errors in the future, an innovation was adopted that provides a more accurate binding of the calendar to astronomical laws. It consists in the fact that during every 4 centuries three leap years are transformed into ordinary ones. For this, a rule was established according to which the year with a number ending in two zeros is considered a leap year only if the number compiled by its first two digits is also a multiple of 4. For example, the year 2000 was a leap year. But in the 2100th year February 29 will not. For years, the sequence numbers of which are not completed with two zeros, the leap year rule is preserved. If the year number is a multiple of 4, the year is considered a leap year.
The introduction of this amendment significantly slowed down the accumulation of errors in the divergence of the calendar year with the astronomical standard. Now the error in one day will accumulate over 3333 years. The amendment described constituted the main difference between the “Gregorian” calendar and the Julian style adopted before its introduction.
The difference between the Julian and Gregorian styles gradually but steadily increases: in the 16th — 17th centuries. it was 10 days, in the XVIII century. – 11, in the XIX century. – 12, and in the XX — XXI centuries. reached 13 days. From 15. 03. 2100, the difference between the styles will be 14 days. Although, the Gregorian calendar provides for the length of February 28, or 29 (leap year) days, it happened that in some years in some countries (for example, Sweden, 1712) February lasted 30 days.
Summer calculus in Russia
In Russia, there were also chronological reforms. One of the most famous – the reform of the calendar, carried out by Peter I, but there were others.
For quite a long time, the date of the new “secular” year was March 1, while the religious year began on September 1. And the starting point of the chronology was considered the date of the “creation of the world.” Later, the “secular” new year was moved to the 1st of September. After about 200 years, Peter I carried out his famous reform. Its main goal was to harmonize the Russian calendar and chronology with those adopted in Europe. The date of the new year was set on January 1, and the starting point of the calendar was the Nativity of Christ. As a result, 01. 01. 7208 was transformed into 01. 01. 1700, and the calendar year preceding the reform (1699) was reduced to 4 months: from September to December. It was the shortest calendar year in the history of our country.
The creation of the first printed calendar in Russia was led by the famous alchemist and scientist J. Bruce.