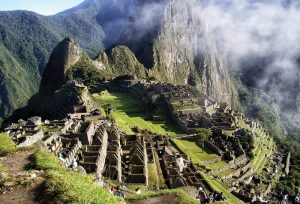 The legend of Eldorado, having arisen once, does not cease to inspire the whole world for all sorts of searches, including creative ones. Fascinating books and films are created about the mythical country filled with gold, and expeditions are again and again equipped to find treasures that once existed. Meanwhile, evidence has been preserved that the land where the gigantic riches of the past Inca Empire exist is indeed somewhere in the depths of the South American forests.
Inca and Conquest Riches – Spanish Conquest
The Inca Empire originated in the 11th century and was the largest state in South America. It united the Indians over a large area – from the modern city of Pasto in Colombia to the Maule River in Chile; at the end of its existence, the empire covered an area of ​​up to two million square kilometers. The capital was the city of Cusco, according to legend, built by the first Inca – the founder of the state of Manco Capac.
Cusco was known as the “golden” city, the temples and simple houses in it were lined with gold plates. The Incas smelted precious metals in large quantities, and, taking into account the Indian cult of the Sun, gold items were widespread.
In the 16th century, the expansion of Europeans into the lands of South America began, and very quickly the Spanish conquistadors took control of most of the territory of the Inca state. A special role in the colonization was played by the conquistador Francisco Pizarro, who owns the glory of the conqueror of the empire.
The forces were unequal – the Europeans won victories in clashes with the indigenous population. In 1533, the Spaniards succeeded in capturing the Inca leader Atahualpa, whose forces were weakened at that time by internal strife. The name Atahualpa is associated with obtaining the largest military trophy in world history.
The head of the Incas proposed to pay the Spaniards a ransom in gold and silver, and the gold should have filled the room where the leader was kept, up to the height of an outstretched arm. Silver was brought to other rooms. The collection of precious metals took several months – 6 tons of gold and 12 tons of silver, a huge amount of valuables, confirming the special value of Atahualpa for the Incas.
To release the leader Pizarro, despite the ransom, refused, and Atahualpa was executed. The treasure went to Europe on several ships, and their arrival in the Old World due to the special value and large amounts of gold caused a strong inflation.
However, written testimonies by contemporaries suggest that only a small portion of the wealth that the Incas possessed was offered as a ransom.
As traveler Pedro Cieza de Leon wrote, among other things, he was the first to leave evidence of the existence of the Nazca lines, the damage to the Incas from the ransom was rather small, and “the majority (of gold) is in such places that we do not know about it.” According to the estimates of the colonialists, the Indians smelted up to 180 tons of precious metal per year. Where is the gold that the conquistadors did not get? According to legend, it was kept in a secret and inaccessible city, lost in selva – Paytiti.
The arrival of untold riches from the territories conquered by the Spaniards, led to the fact that seekers of Eldorado, a golden country where the Incas hid their treasures, poured into South America. In search of an abandoned city, journeys were made in the Amazon, every now and then there were eyewitnesses who confirmed its existence and in evidence presented coins with atypical coinage.
Missionary Andres Lopez wrote in 1600 about a big city rich in gold, silver and jewels, located in the middle of the tropical jungle near the waterfall and called Paytiti.
The state of the Incas by the end of the 16th century ceased to exist, and the legend said that the surviving Incas moved to Paytiti, where they found their refuge from the Europeans. This story is told nowadays – every tourist will be willingly told about the city of Paytiti, which is always located “somewhere close”, and which someone from distant relatives or close friends of the narrator has certainly seen.
Is there really a lost “golden” city?
As for the name – Paytiti, according to different versions, it comes either from “Paikikin”, which in the language of the Quechua Indians meant “the same” (“the same as Cusco”), or from “Pai” – “Father and“ Titi ” “Puma,” or, as another hypothesis says, contains an indication of Lake Titicaca. The latter gave rise to the legend of the golden city on its bottom, which was the mysterious Eldorado.
Another possible explanation of the name is the River Paiti, or Patiti, located near the mythical city.