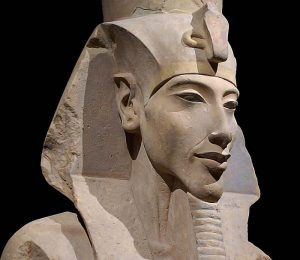 The legends of dark times in Europe and Asia are full of enthusiasm for the lost civilizations, developed so high that the listeners of these legends could hardly believe. Much later, with scientific progress, Europeans began to relate to these traditions with increasing skepticism: it is clear that the world is developing from simple technologies to complex ones, where can complex technologies come from simple ones? With the development of archeology, mankind again had to believe in lost civilizations. At least, in comparison with the narrators of the legends, they were very realistic. No Atlantis and aliens – the creations of the human mind and hands.
During the end of the Bronze Age, something happened that could be called the Apocalypse – at least for several developed cultures at once. Natural disasters and economic crises began to shake them, and the final blow struck the raids of much less developed nations. For a long four centuries, barbarism reigned in the lands where before that people used baths, studied science, composed poems and traded with cities on the other side of the seas. The victims of the Apocalypse were the Hittite kingdom on the territory of modern Turkey, the Mycenaean kingdom on Crete, the Egyptian empire, the Harappan civilization in pre-Aryan India, the great Babylon in Mesopotamia. Their remains began to consider the barbarians who came to these lands and the descendants of these barbarians to be their heritage.
Aryans and Harappan civilization: northern barbarians against farmers who know the script
The masterpieces of the Indian epic forced the hearts of European archaeologists to beat in anticipation of the finds. What could leave behind the great ancient arias? It is unlikely that their carts really flew, but they could be great. Surely somewhere in the jungle palaces are hidden, from the beauty and majesty of which the heart stops. Surely many masterpieces of poetry or sculpture did not reach the descendants …
And indeed, the excavations in India have produced amazing results. Here there were the most ancient developed cities in South Asia. Their planning talked about the projected building, and therefore, about the developed city administration, the presence of officials. There were baths in the houses, public toilets on the streets, and the covered sewage drainage system was well thought out. In addition to sewage, citizens used the drainage system. Each group of houses had its own well.
Interestingly, the walls around these cities are much better protected from seasonal flooding than from the invasion of enemies. Probably, civilization did not know worthy opponents. Probably the inhabitants of the ancient cities had a kind of social policy; the overall level of life was approximately equal in all areas. It seems incredible, but history knows other examples of egalitarian societies, for example, the settlement of Chatal-Hüyuk, where after the ancient revolution there were no nobles and beggars, and women, apparently, were equal in rights to men, or the Inca empire with a system of clear distribution of poor benefits for the community and sanitary inspectors who inspect dwellings.
Of course, the ancient Indians had music, medicine, advanced mathematics (with a single system of measures), well-built agriculture, sculpture, dance and writing. It was the writing – the discovered individual inscriptions and entire libraries – alerted the researchers. After a long study, they concluded that civilization has nothing to do with wise Aryans. On the contrary, the Aryans in India are alien barbarian and most likely had a hand in the fall of this culture. And its basis was made up of dark-skinned Dravids – those who, after the rule of the Aryans, began to be considered savages incapable of pure pursuits and learning. The Dravids, although of Indo-Mediterranean origin, are more likely to belong to the Veddo-Australoid race. This completely turns the view of the beliefs of the Aryans (and their descendants) on how the world works and on what the civilization of the people depends.
There is no evidence that alien arias staged a massive slaughter – this is in their favor. Nevertheless, at some point, the Kharappan civilization fell, and the early, barbaric Aryan reigned. The new owners of the Indian lands had no idea about sewage and town planning, they came on horses and carts – where could they be able to handle the stone? Probably, in terms of intangible culture, they also had to take a lot from the indigenous people. What did not prevent later to oppress and despise them. It is even believed that the Dravids were bred in the Ramayana under the guise of the monkey people, and the Ramayana itself poetically tells about the Aryan invasion.